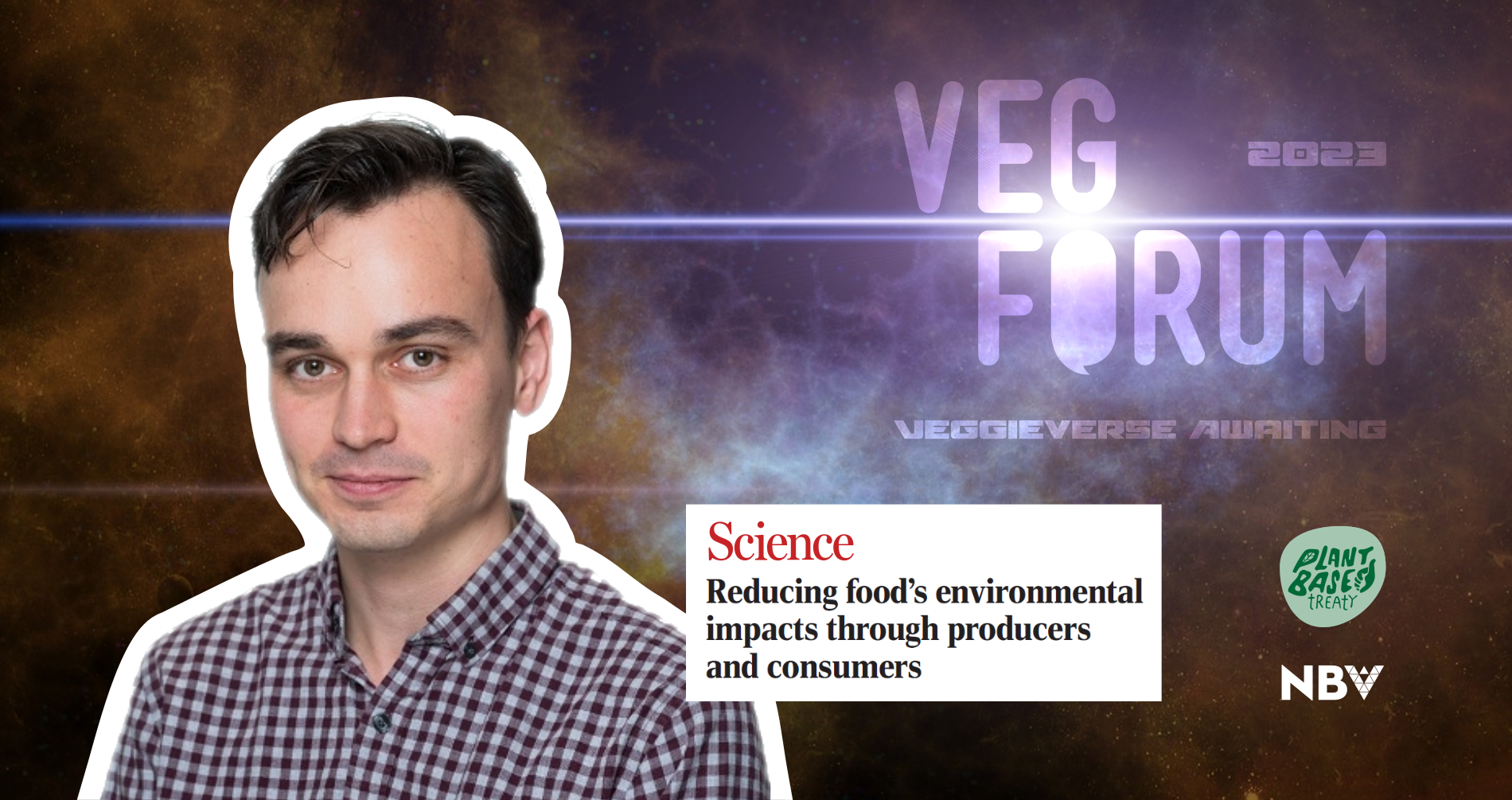 Reducing the environmental impact from food

With Joseph Poore, Researcher at the Oxford Martin Programme on Food Sustainability Analytics, Department of Biology, University of Oxford

Wednesday April 12 from 7 to 8 pm CET via Zoom. Detailed information and registration link will be provided shortly. The event language is English.

During this webinar, researcher Joseph Poore share findings and answer questions about his research on how to best reduce the negative environmental impact of global food production.

The talk is centered around the findings in the article Reducing food’s environmental impacts through producers and consumers published in the scientific journal Science in 2018. The article is co-written with Thomas Nemecek, Deputy Head of the Research Group on Life-Cycle Assessments at Agroscope.

For the study reported in this article, the researchers analysed the impact of producing the world’s 40 most popular food products, representing about 90% of the global protein and calorie consumption. Using data sets for the environmental impact of food production from previous studies, they could cover the production of these products at 38 700 farms in 119 countries.

Although there can be very large differences in the environmental impact of producing the same product, the main conclusion was that the lowest-impact animal products typically exceed those of vegetable substitutes, confirming that the largest reduction of negative environmental impact comes from changing our diets towards plant-based food.

The article resulted in newspaper headlines such as ”Avoiding meat and dairy is ‘single biggest way’ to reduce your impact on Earth” (The Guardian, 31 May 2018).

An Urgent Issue
Industrial animal agriculture is the largest source of environmental degradation, much worse than all other human activities combined. We are quicly running out of time to stop this activity to have a chance to avoid a global ecosystem collapse.

The purpose of this webinar is to give the audience facts that can be used e.g. for lobbying politicians and convincing environmental NGOs to make the rapid phasing out of animal agriculture the main focus of their environmental policies.

The Plant Based Treaty is a grassroots initiative that aims to halt the widespread degradation of critical ecosystems caused by animal agriculture and to promote a shift to healthier, sustainable plant-based diets.

Scientists, individuals, groups, businesses and cities are urged to endorse this call to action and put pressure on national governments to negotiate an international Plant Based Treaty.

> Endorse the Plant Based Treaty

> In Swedish
> Back to the programme